AltabaAnnounces Board Approval of Plan of Complete Liquidation and Dissolution

NEWYORK–(BUSINESS WIRE)–Apr 2, 2019–Altaba Inc. (“Altaba” or the “Fund”)(NASDAQ:AABA) today announced that the Fund’s Board of Directors (the “Board”)has approved the liquidation and dissolution of the Fund pursuant to a Plan ofComplete Liquidation and Dissolution (the “Plan”), subject to stockholderapproval. The Fund intends to file a proxy statement with the U.S. Securitiesand Exchange Commission (the “SEC”) with respect to a special meeting ofstockholders to seek stockholder approval of the liquidation and dissolutionpursuant to the Plan.

As previouslydisclosed in the Fund’s public filings with the SEC, the Fund’s investmentobjective is to increase the price per share at which it trades relative to thethen-current value of the Fund’s underlying assets. The Fund seeks to do thisby reducing the discount at which shares of the Fund’s common stock, par value$0.001 per share (the “Shares”), trade relative to the underlying value of itsnet assets while simplifying its net asset base and returning capital to itsstockholders in ways that are accretive and increase stockholder value.

The Fund haspursued a number of strategies with the goal of achieving its investmentobjective, including by repurchasing the Shares, both in the open market andthrough an exchange offer of American Depository Shares (“ADSs”) of AlibabaGroup Holding Limited (“Alibaba”) and cash for Shares, the simplification ofthe Fund through the disposition of assets (other than its position in Alibaba)and the resolution of certain actual and contingent liabilities, and throughother means. After carefully considering the risks, timing, viability andpotential impact on the Fund’s stockholders of additional strategiespotentially available to the Fund to achieve its investment objective, as wellas the recommendation of management, and in consultation with the Fund’sadvisors, the Board unanimously determined that the liquidation and dissolutionpursuant to the Plan is advisable and in the best interests of the Fund and itsstockholders.

Thomas J.McInerney, Chief Executive Officer of the Fund, said, “Since June of 2017 wehave taken a series of aggressive actions designed to drive shareholder valueand these have yielded measureable results as our trading discount has narrowedand our stock has meaningfully outperformed a composite of its underlyingassets. The right next action for shareholders is the Plan we are announcingtoday as it represents the most definitive step, generally within our control,that we could take to reduce the discount to net asset value at which ourShares trade.”

If theliquidation and dissolution pursuant to the Plan is approved by the Fund’sstockholders, the Fund expects to:

Prior tomaking any pre-dissolution liquidating distribution, the Fund plans to sell notless than a sufficient number of Alibaba Shares to ensure that the Fund hassufficient liquid assets to cover the maximum potential reserves that might berequired by the Court to satisfy the Fund’s known, contingent and potentialfuture claims and to fund the cash portion of such distribution. The Fundintends to sell no more than approximately 50% of the Alibaba Shares it holdsprior to receiving stockholder approval of the liquidation and dissolutionpursuant to the Plan and to sell its remaining Alibaba Shares after stockholderapproval, except that any Alibaba Shares it does not need to sell to cover thereserve amounts may instead be distributed in kind. The Fund intends to sellits Alibaba Shares through open market transactions and/or through privatedispositions not executed or recorded on a public exchange or quotationservice. Regardless of the method chosen by the Fund, it currently intends toprovide additional information upfront regarding the manner and timing that itexpects to use or sell its Alibaba Shares.

The Fundcurrently estimates that the Fund could make total aggregate liquidatingdistributions to stockholders, including the pre-dissolution liquidatingdistribution referred to above, ranging between approximately $39.8 billion and$41.1 billion (approximately $76.62 and $79.22 per Share, respectively), whichestimates assume, among other things, an Alibaba Share price realized on saleand, if applicable, an Alibaba Share value at the time of distribution, of$177.00 per Alibaba Share. Further details regarding anticipated futuredistributions will be disclosed in the Fund’s proxy materials to be filed inconnection with the special meeting.

The amountdistributable to stockholders may vary substantially from the estimated amountsabove based on a number of factors, including the resolution of outstandingknown and contingent liabilities, the possible assertion of claims that arecurrently unknown to the Fund and costs incurred to wind down the Fund’sbusiness. Further, if additional amounts ultimately are determined to benecessary to satisfy or make provision for any of these obligations,stockholders may receive substantially less than the current estimates. It ispossible that the aggregate liquidating distributions that would be paid to astockholder under the Plan would not exceed the amount that a stockholder couldhave received upon sales of its Shares in the open market.

Upon thefiling of a certificate of dissolution, trading in the Fund’s Shares on theNasdaq Global Select Market will be suspended, and our Shares will thereafterbe delisted. In addition, the Fund will close its stock transfer books, afterwhich record holders of the Shares generally will be prohibited fromtransferring record ownership of their Shares (except by will, intestate successionor operation of law). The Fund will, however, request that, following suchtime, The Depository Trust Company (“DTC”) maintain records representing theright to receive any post-dissolution liquidating distributions, including anytransfers of such rights. Consequently, the Fund expects that any transfers ofsuch rights will be tracked by DTC.

The proxystatement to be filed in connection with the special meeting will containimportant information regarding the Plan, including, among other things, the assumptionsand qualifications applicable to the Fund’s estimates of the pre-dissolutionliquidating distribution, the aggregate liquidating distributions the Fundexpects to make, and the amounts of assets the Fund expects to withhold fromsuch liquidating distributions. Stockholders of the Fund are urged to read theproxy statement and other relevant materials filed by the Fund with respect tothe special meeting when they become available because they will containimportant information about the Fund and the proposed liquidation anddissolution pursuant to the Plan.

The Fund’smanagement will conduct a corporate update conference call to discuss theliquidation and dissolution and the matters described in this press release onApril 3, 2019 at 8:00 a.m. (Eastern time). Participants are encouraged topre-register for the conference call using the following link. Callers whopre-register will be given a conference passcode and unique PIN to gainimmediate access to the call and bypass the live operator. Participants maypre-register at any time, including up to and after the call start time.（完）（联合财经） 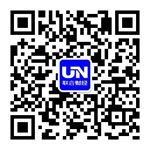